Bell like tone
Over the keyboards
Moving to a cove next door
Plants hanging from the ceiling
Gold and mirrors
Antler chair
Chicken wire, marble and statues

I enjoy observing and then assuming the particulars of a certain plot or personality in writing. I can navigate the waters of the minds of certain characters and create.

I remember sitting and writing all the details of a story told to me within an ambiance of pure reverie. This became an effective connection. And I was generating a new situation by writing.

Mimesis...the professor would talk about that in class.

For now, as I think out loud, I remember the day in that same class where Dead Or Alive's "You Spin Me Round" blasted in perfect cue through the window, punctuating the phrase spoken by the professor: "Alejo Carpentier was really famous...and then..."

So Lujo y miseria, the massive compilation from the Spanish record label Austrohúngaro, is one of the most beautiful albums of all time.

I have listened to its version of Hidrogenesse's Vuelve conmigo a Italia about a dozen times... It is teaching me to sing!

I was walking around the drugstore singing...when I took the headphones off I noticed others were singing...

When the keyboards come in, I cry...

I froze tonight in front of the supermarket while listening and stared at a word: "Key."

In me as well
Look at those boots below
Now so far, so far...

At peace and unbridled
No concern

They walk past me
And I say hello

All this time
Creating is endless
Always

Doing so
Moving the vehicle

And just realizing
A feeling

The one that holds
A notion
And a seamless tie 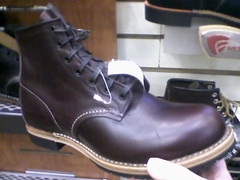 "Dance and sing
Get up and do your thing":

Moving clothes
From one area
I found a book bag

And in it
Some papers
And a brown paper bag

A small one
As for a sandwich

I touched and trembled

It reminded me of a behavior

A time for action

I sat at the table happily coloring the outlines with a crayon. Years ago, I didn't enjoy this sort of task, as I would grab a color and jerkily drag it across the lines. As I filled in the space, each curve reflecting a nuance of another reverie, I felt like the entire world was there with me, and my sensation was tingly and warm.

He walked in and called my name. I was a bit startled. I did not want to raise my field of vision.

I wanted to stay focused, fingers pressed on paper and moving. I felt like making an impression...I was going to be solid... I thought: why? It was, after all, the perfect moment to express.

I looked up, gently. He stood there, staring. 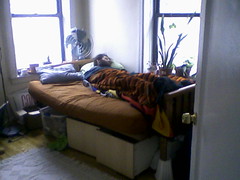